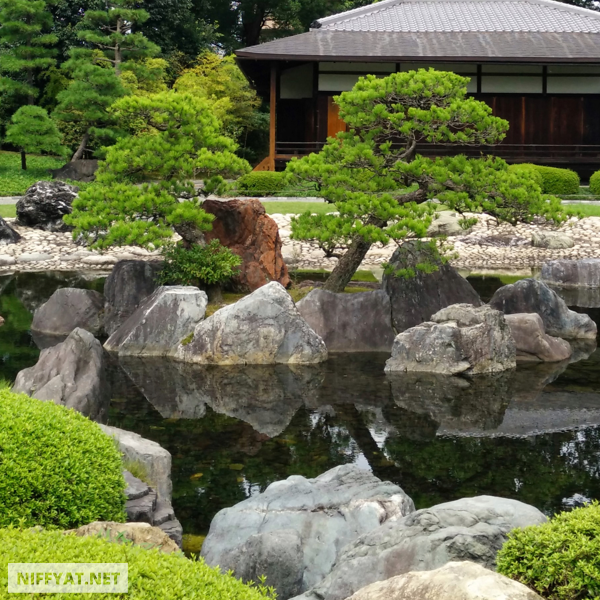 Note: This is part 1 of a series dedicated to my advice on travelling to Japan. For the entire series, see:
• Part 1 - When to Go & Where to Stay
• Part 2 - Getting Around
• Part 3 - Staying Connected & Saving Money

I’m not a world traveler quite yet, but I do love visiting Japan. Studying Japanese for over ten years, Japan is where I go to test how well I know the language. Besides testing my Japanese, another reason I keep going back is because there’s so much to do across the different cities and regions. You could never truly experience Japan in it's entirety in a single trip. Because I’ve been multiple times now, I frequently get asked by friends for advice or suggestions about trips to Japan. I thought it would be easier and more convenient to share my travel tips in a dedicated series of blog posts instead of across Facebook messages or emails. And with that, let's get started!

First, to alleviate any fears I will say this—any time or season you go to Japan, you’re going to have a great time. I personally don't think there's a "best" time to go, as all seasons have their benefits. The first time I went to Japan was early summer in 2013 (May-June). The second trip was in late August/early September in 2015 for 2 weeks. In 2016, I went during the sakura (cherry blossom) season (April) for two weeks and then in the fall (November) for two weeks again.

To alleviate any fears I will say this—any time or season you go to Japan, you’re going to have a great time. I personally don't think there's a "best" time to go, as all seasons have their benefits.

Going to Japan during the sakura season is magical, and usually people say that's the definitive time to visit Japan. And it's true that the cherry blossoms are visually stunning. If you're going during the sakura season you'll definitely leave with a distinctive memory of Japan's natural beauty. But what people leave out about going during the peak of the cherry blossom season is that it’s really crowded—the sheer amount of tourist flocking to major attracts from across Japan and the entire world can be overwhelming. If you don't mind crowded tourist attractions you'll be fine, but I personally don't enjoy being in a crowd of tourists. The major tourist attractions are packed to the point where's not as enjoyable for me. There’s tons of tourist from all over the world, and not everyone is polite and accommodating. So you may have to deal with some rude, pushy tour groups and individuals that make peak tourist spots like Ueno Park in Tokyo or Arashiyama in Kyoto pretty unbearable. If you do go Japan in this or any peak tourist season, I recommend staying away from the main tourist spots and doing more local things. That’s why I think it’s going to Japan during the off-seasons is a great idea. It's not crowded and it's possible to enjoy tourist areas like Kinkakuji Temple or Kiyomizu-dera without feeling overcrowded. It’s also really expensive to travel to Japan during cherry blossom season due to price surges, so be aware of that.

The other thing to consider is the weather. The first time I went to Japan, it was extremely muggy and hot. Coming from San Francisco, I was melting each day. The second trip we arrived right at the start of a typhoon’s approach and it was raining for most of the trip. Our return flight was actually the day before the typhoon hit land, causing severe damage. It was beautiful weather during the sakura season trip, but since the typhoon was approaching, towards the end of the trip it was very rainy. I still enjoyed myself, and it made things a little less crowded on those rainy days.

My last trip to Japan was during the fall and it was cold! The week after we left, there was actually a historic snowfall in Tokyo—it was that cold. But it wasn't a bad experience, just quite different from the past warm and rainy trips. If you bundle up and wear warm clothes, you'll be fine. I have not been to Japan in the dead of winter yet, so I haven't had to deal with huge amounts snow yet, but I think my next trip will be in December or January, so I'll finally get to experience winter in Japan.

I have stayed in hotels, ryokan (a traditional Japanese inn), and Airbnb in Japan. I have found that Airbnb is usually a lot cheaper than hotels. Not only is the nightly rate lower, but it’s much easier save money by cooking in Airbnb because they typically have a kitchen. I also prefer Airbnb because the hosts often give local tips for less touristy things to do in the neighborhood.

While I typically stay in an Airbnb when possible, I recommend that everyone try staying in a ryokan, or a traditional Japanese inn, at least once. It’s such a uniquely Japanese experience. And if you can stay in one with natural hot spring baths, it’s even better! The ryokans I have stayed in were in Kyoto and Nara. They were in less populous areas, so it’s a nice break from the hectic city life. Learn more about ryokan here: Japanese Ryokans vs. Hotels (Boutique Japan).

I recommend that everyone try staying in a ryokan at least once. It’s such a uniquely Japanese experience.

If you are at all worried about not being able to speak Japanese, then staying at a hotel or a more modern ryokan can alleviate that concern. The more expensive the hotel, the better command of English the staff will typically have. But even budget business hotels have staff that speak conversational English. Not all ryokan have staff that speak English though, so keep that in mind when you book the reservation.

One other benefit of staying in a hotel is that they often have a free or discounted breakfast option, and it’s usually an all-you-can-eat buffet. It can be difficult to find a traditional American style breakfast in Japan outside of 24-hour diners (called family restaurants), but you can definitely find it in your hotel if they have restaurant. Another option is home stays. I'm lucky enough to have wonderfully kind friends in Japan who let me stay at their home in Kyoto. It's fun to do everyday things with them, like going to the mall or visiting local temples and parks in their area. Also, they know local spots and events that tourist sites and handbooks don't know about. If you don't have friends in Japan, you could probably recreate a homestay by renting a room in a home via Airbnb instead of renting an entire apartment. Although I've never used one, but there are also sites like Homestay.com, where you can find a local family willing to board you (for a fee).

Here's a list of the different places where I've stayed in Japan!

Continue to Part 2 - Getting Around